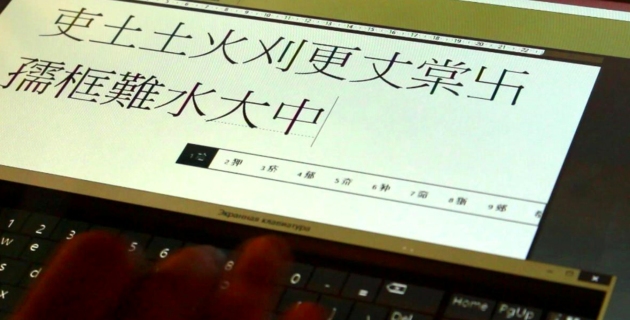 A BBC reporter traveled all the way to China, to see, among other things, how electronic devices are affecting Chinese writing. A short video tells the story.

It seems that ‘devices in China feature a system that allows users to type words using the Roman alphabet and then select the corresponding characters.’ Chinese writing comprises over 50,000 characters, but some 1,000 are the ones mostly and commonly used, so it was obvious that some sort of mediating writing system had to come between this complex writing system and the smart phone user.

Cameron Andersen traveled to Anyang, a city in China’s northern Henan province, and visited the National Museum of Chinese Writing. There, he met with Richard Sears, an American who appears to have dedicated his life to the recognition of the provenance of the Chinese signs, i.e. their etymology (although this term is borrowed from linguistics and has a very specific meaning in that context).  It would be unfair to criticize a person’s life work in the narrow space of a blog post, but Sears promotes a theory about the beginning of Chinese writing that is popular with numerous researchers of various writing systems: that the characters can be shown to resemble some object or other, and that their original inspiration came from the copying of said object. 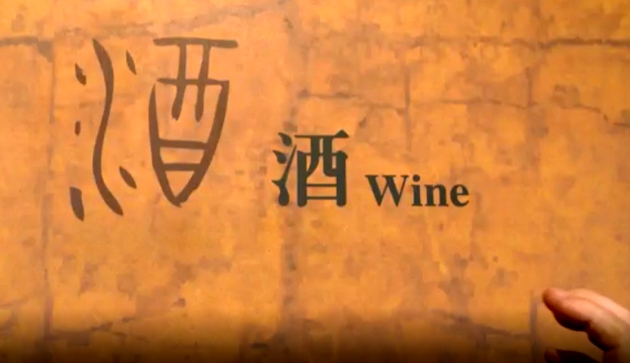 This particular theory has also been suggested as an explanatory tale for the genesis of other scripts, for instance for the (Phoenician) alphabet (which was adopted to create the Greek alphabet; which, in its turn, became the prototype for the Roman alphabet, making it the ancestor of numerous alphabets used until this day, such as the one I am writing in/you are reading in right now). It is thought, for instance, that the sign ‘A’ acquired its phonetic value through a rebus principle, whereby at the beginning it stood for the initial of the word ‘alef’, meaning ‘bovine’; the supporters of this theory would like to see ‘A’ as a development from the schematic rendering of a bovine head. With a simple internet search I found a couple of graphics on how this theory works:

The difficulty lies in the fact that we usually have very little evidence for the beginning of writing, and no theory can be suggested to be valid or common for all writing systems. An additional difficulty with this sort of theories is that the recognition of a presumed visual prototype behind any sign involves highly subjective judgements, which can be easily contested by even more subjective objections and alternate judgements. Yet, this theory is appealing, it has become wildly popular and is even taught at schools (Ι remember being taught about it at primary school in Greece).

But, back to the main topic of the BBC story: will Chinese handwriting become obsolete any time soon because of the electronic age? A Chinese teacher interviewed by Andersen doubts it, and she offers the information that as a countermeasure the government has allotted ’10 min of every class just to handwriting.’ There are also school calligraphy clubs and spelling contests, which the reporter claims ‘are increasingly popular.’

And to the reporter’s question, whether Chinese characters and script could ever disappear, the teacher confidently gave a response that surely resonates with script users of multiple nationalities: 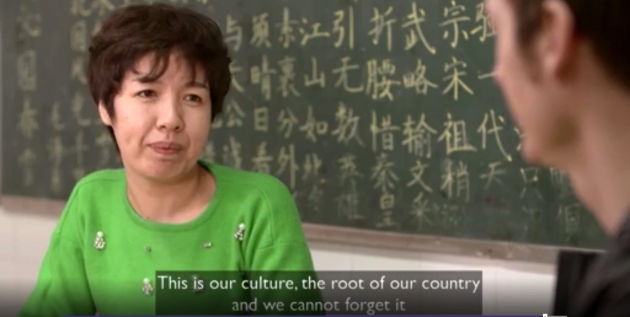 (screen shot taken from the above BBC video)